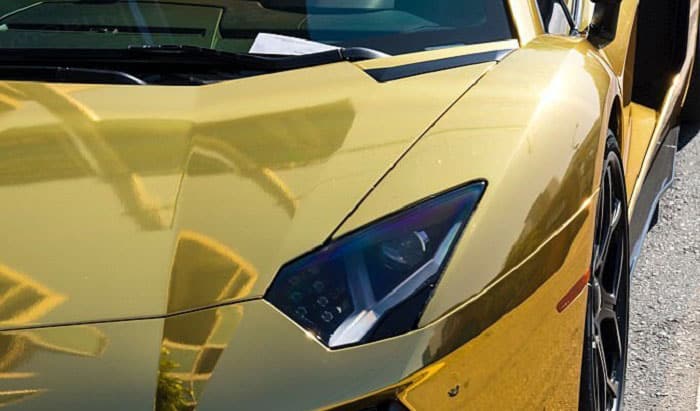 Chances are you’re the type of car owner who’s not into washing your vehicle often or don’t always have the time for it, and that’s why you’ve found this article. You’re probably wondering which car color hides dirt best as you plan to buy a new one. If that’s the case, read on for more info. 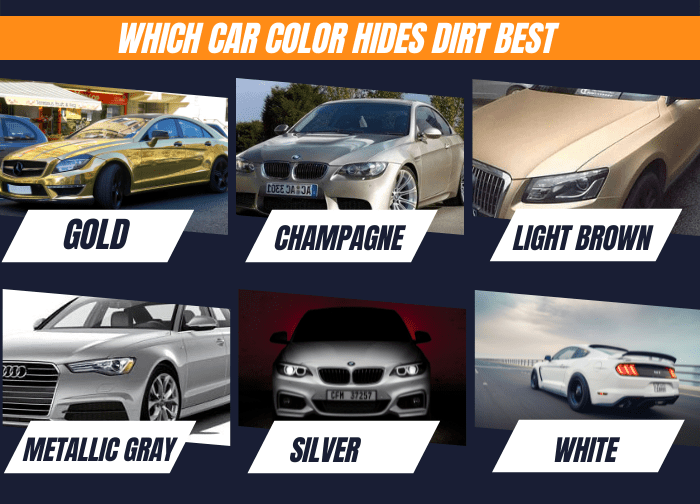 Which Color Shows the Least Dirt? 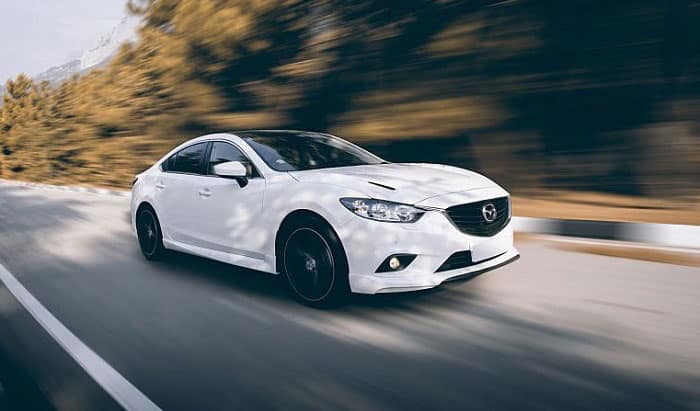 If you’re looking for a car that would not take too much effort to clean, it would make sense to go with a car color that could blend with surface contaminants.

The car colors that hide dirt the best would obviously be those that resemble the color of most contaminants, which is light brown. Such a car color stays the cleanest for longer.

Other than that, lightness and high reflectivity are two other characteristics that also allow a car to hide contaminants well. Cars with the aforementioned characteristics can make washing less frequent for owners. 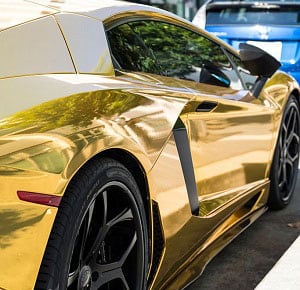 Since the surefire way to hide contaminants on your car would be to choose a car color that resembles them, the best car color to hide dirt would be gold. Gold really comes close to the color of dirt, dust, debris, and mud that a car could get on the road.

Moreover, gold is so reflective that people wouldn’t notice the contaminants on it due to all the light it scatters in all directions. Plus, it also looks elegant.

So if you choose a gold car, you’ll have a car that’s effortlessly clean and classy. 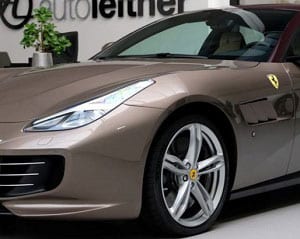 Another classy-looking car color that shows the least amount of dirt is champagne. Close to the color gold and reflective, this shade also works very well in hiding dirt, dust, debris, and mud since it also resembles those contaminants. 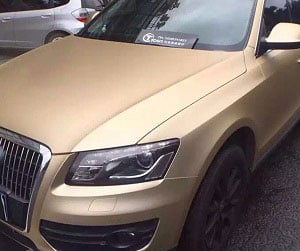 Though it’s not a very popular color, brown appeals to many drivers because it reminds them of coffee, chocolate, and comfort. It doesn’t hurt that this color hides dirt well, either.

If you have children who are prone to making messes, brown might be worth going for, not just for the car exterior, but interior as well. 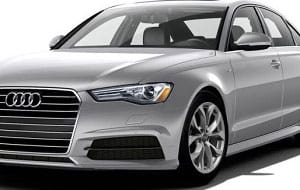 Next to the brown-ish car colors, light metallic gray also does great in hiding contaminants.

On it, dirt, dust, and debris wouldn’t be so noticeable even if a decent amount of them has accumulated on the surface. Mud splatters won’t be that obvious either.

Light metallic gray is not too bright nor too dull, but is just light enough and comes close enough to the color of contaminants to hide them. This would be a good choice for someone who would like a car color that’s neutral and sophisticated-looking.

But if you’re going to buy a gray car, make sure to select a lighter shade because darker shades of gray may also bring the same issues as black (making dirt stand out). 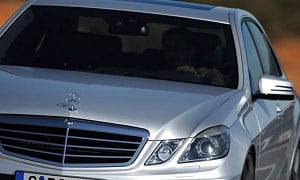 Close to light gray but lighter, silver is another elegant car color that can also hide contaminants. It can also make dirt, dust, and debris blend on its surface as well as camouflage mud. Its lightness and high reflectivity are also some of its characteristics that allow it to hide contaminants on a car well. 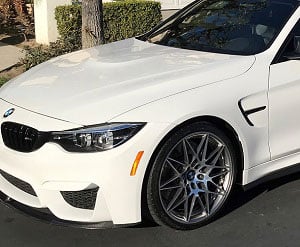 We’ve come to know that light colors can hide contaminants on a car’s surface. White, however, is so light and very far from the color of contaminants that you might wonder, “Do white cars show dirt or not?”

It may be hard to believe, but white paintwork can actually hide contaminants, particularly dust, dirt, grime, and water spots from polluted rainwater or impure water.

How is it so? The light that gets reflected by a dirty white car would give some kind of distraction from the contaminants, giving an illusion that the car is clean.

However, white paintwork also has its weaknesses, which are mud and red clay. These contaminants would be very easily noticed on a white car but very hard to clean.

What Car Colors Are the Worst at Hiding Dirt? 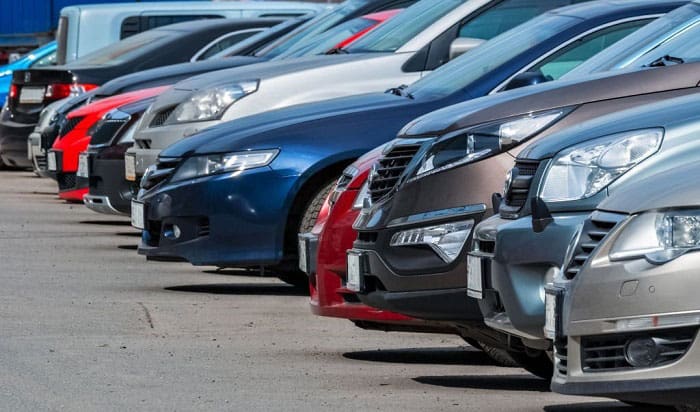 Unlike the choices above, dark car colors make contaminants very noticeable. This is due to the contrast of the dirt and the car’s paintwork. So, make darker colors the car colors to avoid if you’re not up for doing more frequent car washing.

As the darkest car color, black is the worst at hiding contaminants on a car’s surface, since most contaminants would often appear light brown and would stand out on black paintwork.

Dirt, dust, grime, mud, bird droppings, water spots after rain, etc. would all be very obvious when they get on a black car.

The only contaminant that won’t be too noticeable on a black car is road tar.

The accumulation of those very noticeable contaminants can ruin the sleekness of black cars that makes them popular with car owners.

Related: Why are black cars so hard to keep clean

Flashy and exuding confidence, dark blue is the choice of many sports car owners. But this color would not look very stylish if marred by dirt or water spots.

However, that is not the case for cars having lighter blue shades. So if you want a blue car but don’t want to go through the hassle of more frequent car washing, then it would be best to go with a lighter blue shade.

The last on our list of car colors that are the worst at hiding dirt is red. Dust accumulation would be very obvious on red cars. However, it’s not as bad as black since it can still hide mud well, which it actually does a better job at than lighter colors.

Apart from looking for a car color that shows less dirt, you might also want to consider the scratches that can get on a car.

There could be unintentional tiny scratches from car washing called swirl marks that are visible under the sun’s light.

Scratches are even a more serious issue than dirt, as fixing them would involve more effort and time and would even be expensive if you’re going to have a professional fix your car’s paintwork. So it would also be a good idea to also choose our car depending on the visibility of scratches.

When it comes to hiding scratches, it is best to go with light-colored cars. Scratches on a car would appear white, so light-colored paintwork like white or silver would just blend with the scratches.

On dark-colored cars, on the other hand, scratches would be very visible, as the paintwork would contrast with the marks. Especially on black cars, even very tiny scratches could be spotted easily.

Knowing which car color hides dirt best would make upkeep a bit easier for car owners. And in some ways, light-colored cars can also be life-savers. They hide dirt and scratches well and are more visible on the road.

But even if you do go with a car color that does a fantastic job at hiding dirt and scratches, don’t forget to clean and protect it. If you neglect your vehicle, you’ll eventually be dismayed to notice the paintwork has worn out or worse, got damaged.

How to Keep Your Car Clean Inside? – 10 Tips You Should Try