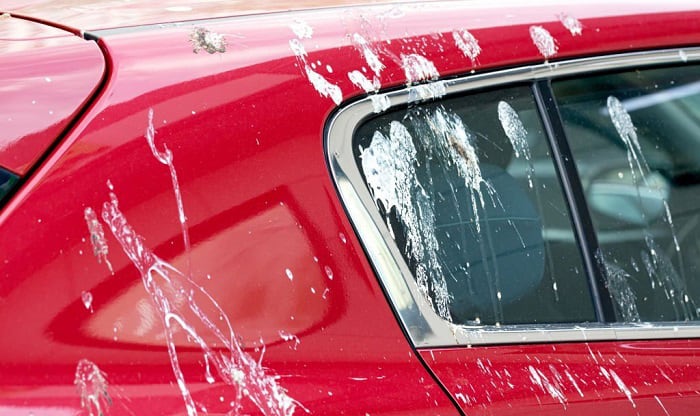 A car covered in bird poop isn’t only disgusting and unsightly, but the droppings can also damage paintwork, which is costly to repair. That’s why what color cars do birds poop on the most is one of the important factors to consider when buying a new vehicle, especially if you’re going to park it outside often.

According to research by a UK auto parts company, Halfords, red followed by blue and black are the colors of vehicles often defecated on the most.

What Car Colors Get Pooped on Often 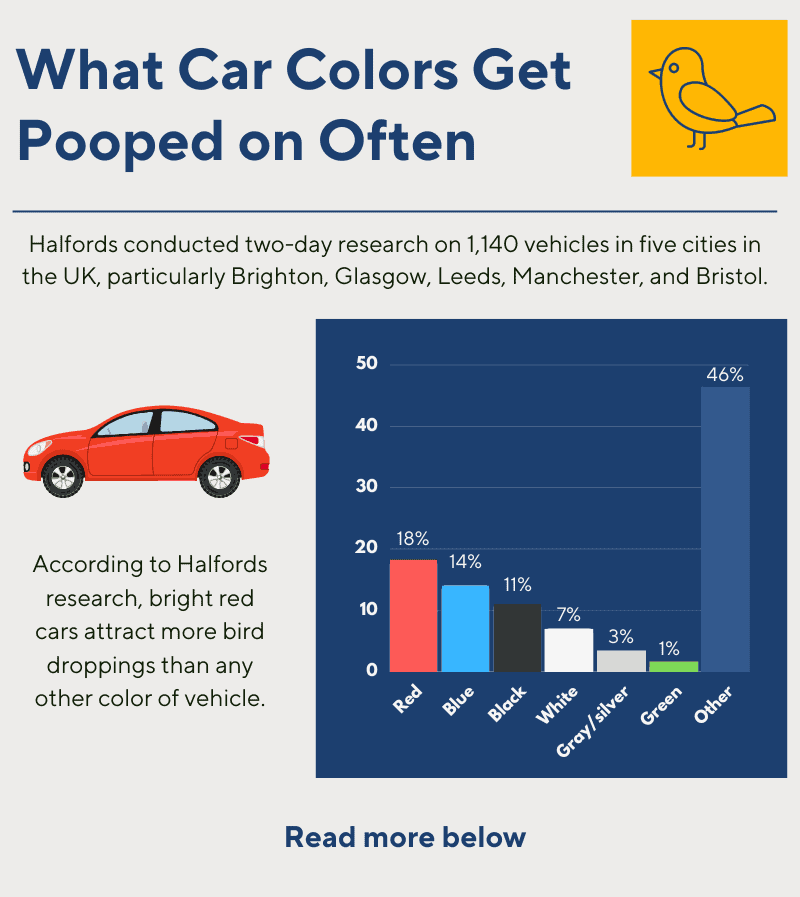 They found that red is the most pooped-on color, making up 18% of the total. Blue comes in second at around 14%, and the third most bird droppings were on black cars at 11%.

Moreover, the rest of the results were that 7% of the cars with bird droppings were white, 3% were gray/silver, and the least pooped on among those cars was green at only 1%.

Furthermore, If you are wondering if it is difficult to clean a black car, check out this article to know the truth

Why Do Birds Poop on Cars Anyway?

Now, you know that birds are fond of pooping on certain color cars. But what are the main reasons why they do their business on vehicles? They are listed below:

1. Birds Get Stressed or Scared Around the Car

Birds are easily stressed. On top of that, they naturally defecate a lot because they have small bodies and fast metabolism.

And when there’s a stressor or something that scares them, they’d get so agitated that they’d poop.

One reason they get stressed around vehicles, especially on clean cars, is that they see their reflection.

They’d be afraid that they might get hurt or attacked as the car approaches their roosting area, so they’d poop out of stress.

2. Birds Are Drawn to Cars With the Same Color of Their Plumage

Sometimes, the similarity of their plumage to a car’s color attracts birds to a vehicle. Pigeons, for example, tend to poop on gray-colored automobiles.

3. Birds Would Mark Their Territory With Poop

As birds are territorial, they’d mark their territories in a variety of ways depending on their species, such as by singing, drumming, building nests, etc. For some, they poop to claim ownership of a territory. They would leave their fecal markings on cars to keep other avians away.

4. Birds Normally Defecate From Trees or Wires Where Cars May Also Be Parked

Trees and wires are birds’ usual roosting places. It’s just natural that they would poop around these areas. Parking beneath them would likely make your car prone to droppings.

5. Birds Would Confuse a Blue Car With the Blue Sea or Water

Why Do Birds Poop on Red Cars? 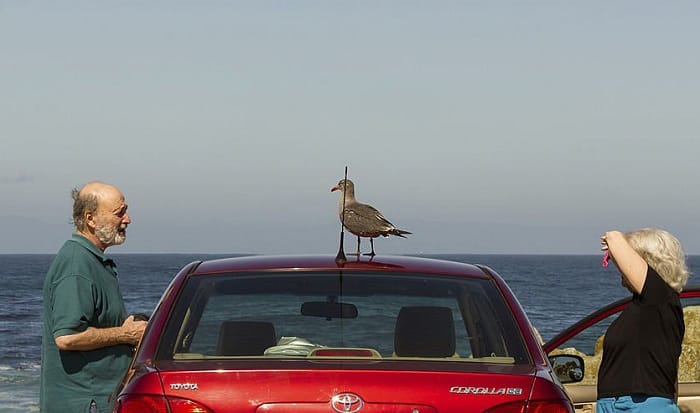 Red is an attractive car color. Unfortunately, red vehicles also tend to attract bird droppings and have become popular as toilets for avians.

Earlier, it was discussed why these feathered creatures poop in cars in general, but now, let’s delve into what makes red the most pooped-on color.

1. For Birds, Red Is the Color of Food

Birds usually feed on the nectar of flowers and fruits of red and pinkish colors. So they’d be drawn to red cars, thinking they could get food from them. And since they can’t, they just end up pooping.

2. Birds Use the Color Red for Mating

During mating season, male avians would try to get a female to mate with through a coital dance and the use of the color red. So birds tend to do mating practices on red cars. But if the male avian is unsuccessful, he would pass stool.

Females would poop because they thought they saw a male they could mate with. But they’d defecate out of frustration when they realized they couldn’t mate since what they thought was an actual bird was only their reflection.

White may come in fourth of the colors often pooped on, but when it comes to the evening time, this color is the most prone to get bird droppings. That is because white vehicles remain reflective during the evening.

How to Prevent Bird Droppings on a Car 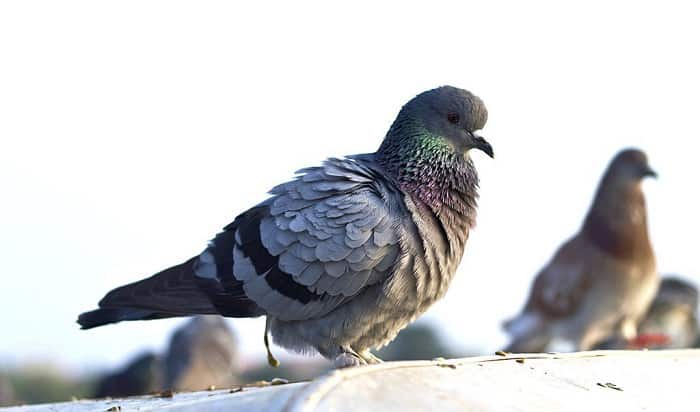 Tips on Cleaning Bird Poop off a Car

Bird poop wipes allow easier cleaning of excrements of avians simply by wiping them off. These specialty cleaners come ready to use and are designed to neutralize acidic droppings.

You can Spray WD-40 on the bird poop. Then, leave the WD-40 on the affected area for one minute to loosen the filth. Finally, rinse the area or wipe it clean.

Bird excrement is one of the most damaging contaminants you can get on a car, leading to costly repairs if not cleaned off immediately. Being aware of what color cars do birds poop on the most before buying a new vehicle would be very helpful.

But if you already have an automobile with a color commonly defecated on by avians, just practice the earlier mentioned measures for preventing droppings.

How to Remove Scuff Marks From Car? – Detailed Guide

How to Clean a Car Dashboard? – 6 Quick & Easy Steps