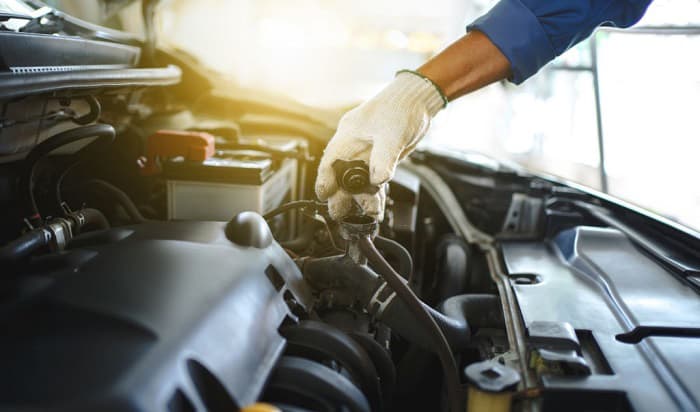 Over time, unwanted contaminants can build up in the coolant in a car’s cooling system. When leaving uncleaned, they can cause radiator corrosion, faulty cooling system, damage to the engine components, and worse, engine failure. That’s why giving the car’s radiator a full flush and refilling it with new coolant after the period or mileage recommended in the owner’s manual is essential.

To give a brief of how to flush a radiator, it involves draining out the old coolant, flushing the radiator with radiator cleaner and distilled water, and more steps. Read further for a more detailed guide on a full flush. 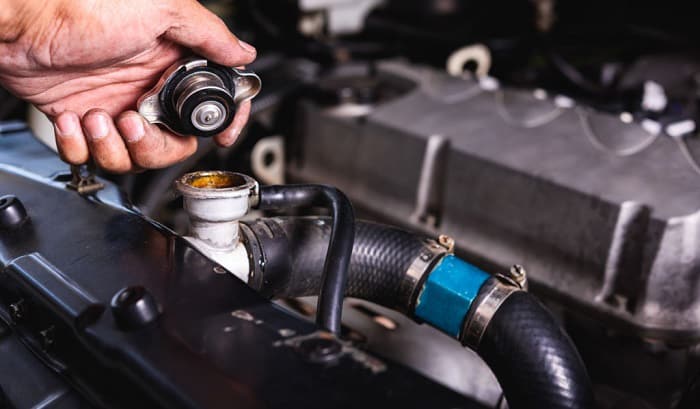 You can perform a radiator flush with standard workshop tools and some things you can buy at your local automotive store. And remember that when flushing out a radiator, you would need to be careful and use proper cleaning materials and protective gear for a safe cleaning for both the car’s cooling system and yourself.

Rubber Gloves and Safety Glasses– necessary when dealing with coolant for a radiator flush, which can be harmful.

Car Jack and Car Jack Stands – Lifting the car’s front side with a car jack would help make flushing a radiator easier.

Drainage Pan or Bucket – You must not simply leave the fluids running down the drain or toward the street when you drain the radiator, as old antifreeze is harmful to the environment.

So, collect old antifreeze with either a drainage pan or a bucket that can contain at least two gallons. You’ll also be transferring the old radiator fluid in containers for disposal, so using a bucket with a built-in spout would make transferring easier.

Old Plastic Jugs – Plastic containers are needed for storing dirty fluids to dispose of them properly.

Screwdriver or Socket Wrench – You’re going to need either a screwdriver or socket wrench to open the petcock valve or drainage plug.

Funnel – A funnel would help prevent spills when pouring liquids into the radiator reservoir. But make sure to use a funnel that’s designated for automative purposes and avoid using the funnel in the kitchen.

Radiator Cleaner – Using a radiator cleaner would be the best way to flush radiator. It’s specifically designed for cleaning a radiator, making it effective in breaking down automotive fluids and other unwanted contaminants and safe to use for cleaning metals.

One bottle of radiator cleaner would be enough to clean the entire cooling system.

Some cleaners, like vinegar and bleach, must be avoided because they tend to cause corrosion and rusting in the cooling system and engine components.

Distilled Water – Distilled water is good for flushing the radiator and mixing with the coolant you would refill in the radiator. It doesn’t have minerals present in tap water, which is not good for your cooling system.

Coolant – Also called antifreeze, coolant is the radiator fluid cycling through the entire system to cool down the excessive heat generated in a vehicle’s engine. How much coolant you need will depend on what is recommended in the owner’s manual. 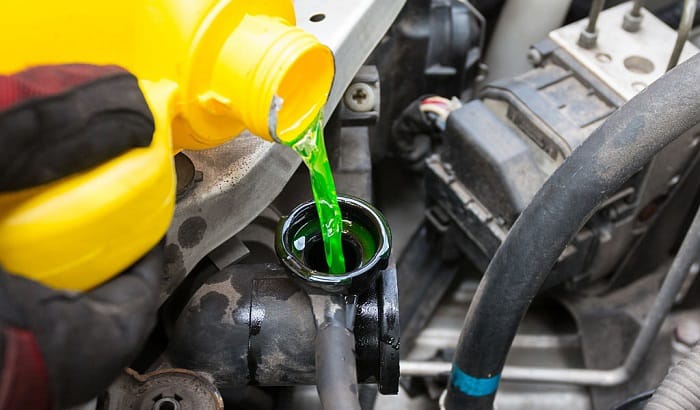 Flushing a radiator is really not so difficult. But since you would be dealing with a hazardous substance and a hot engine, you should do the process with caution.

Step 1: Make Sure the Engine is Cool

The engine should be cooled down already when you flush a radiator system.

Therefore, if you’ve just used your car, wait for at least 30 minutes before starting to flush the radiator. To check your engine’s temperature, you can place your hand over the engine block.

Step 2: Keep Safe by Wearing Protective Gear and Working in a Ventilated Area

For safety, you must wear some rubber gloves to protect your hands and wear safety glasses to shield yourself from accidentally splashing fluids. The fumes can be hazardous as well, so proper ventilation must be observed when you flush car radiator.

Step 3: Raise the Car’s Front Side Using a Car Jack and Jack Stands

Use a car jack to lift the metal frame on the underside of your car and support it with two jack stands. That way, it would be easier for you to reach beneath the vehicle and allow the drainage pan to fit under the vehicle. Set the car on the parking brake to not move while you flush the radiator.

Step 4: Clean the Radiator and Check Its Condition

The radiator is a metal tank that’s narrow and long at the front part of the hood, right beside the engine. You’re most likely going to notice some dirt, debris, and grime accumulated on its exterior.

Therefore, before doing a radiator flush, you should also clean off thebuild up on the metal tank.

Do so using warm, soapy water and a brush to prevent them from falling into the radiator and causing problems in the cooling system.

You should also check the radiator’s tubing for rust, cracks, and corrosion, which adversely affect the entire system’s performance. Consult a mechanic or go to your local auto parts store to buy replacement parts if you spot any.

Step 5: Drain Out the Old Antifreeze

Position the drainage pan right beneath the petcock valve or drain valve either located on the radiator’s bottom left or bottom right.

Then, open the pressure cap or radiator cap located at the top of the radiator by slowly twisting it counterclockwise.

Then with a screwdriver or socket wrench, slowly open the petcock valve or drain valve.

To dispose of the old antifreeze properly, store it in some plastic containers and label them. After that, check with the hazardous waste control in your area regarding the proper disposal of the old coolant.

Step 6: Flush the Radiator With Radiator Cleaner and Distilled Water

After you drain the radiator, pour in the radiator reservoir a whole bottle of radiator cleaner from where you removed the pressure cap, followed by a gallon of distilled water using a funnel.

Afterward, put the pressure cap back in place. Then you’re going to run the engine with the heat on maximum for about 15 minutes to allow the cleaner and water mixture to cycle through the entire cooling system to clean it.

The engine and the fluid that ran through your car are going to be hot afterward. Let them cool down for 15 minutes before you resume the flushing not to get burned.

Step 7: Flush the Radiator Only With Distilled Water

The process of flushing radiator with distilled water is just similar to the previous step, only with just distilled water. But you‘ll have to repeat the flushing until the water coming out of the radiator is clear.

Once the water is finally clear, do one final flush to ensure the radiator is clean. Then close the petcock valve or drainage plug once again after the coolant flush.

Step 8: Refill Coolant in the Radiator

Pour in the mixture using a funnel until it reaches the fill line. The coolant may not completely flow down the funnel though, but it can be resolved in the next step.

Step 9: Run the Engine to Pull the Coolant Down to the Cooling System

Again run the engine with the heater on maximum for 15 minutes to pull the coolant down to the cooling system. It helps bleed-out air that may have gotten in the radiator. Then remove the funnel and put the pressure cap back in place.

Step 10: Make Sure the Radiator is Full

Cool the engine down again for 15 minutes and open the pressure cap.

Then, you should check if the coolant and water mixture reaches the fill line of the radiator and if it does not, add more of the mixture.

Suppose there is a leftover coolant and water mixture. In that case, you can store it in the overflow container, or you may also save it for the next time you’re going to flush a radiator.

Just remember to do the steps on how to flush a radiator as often as your vehicle’s manual recommends. With that, you’ll avoid problems with radiator corrosion, excessive heat generated in the engine, and engine failure.

We’d love if you share this article for other car owners to be aware of radiator maintenance. We’d also like to know if you enjoyed reading, so we encourage sharing your thoughts in the comments section.

How to Remove Paint From Car Window? 5 Steps to Remember